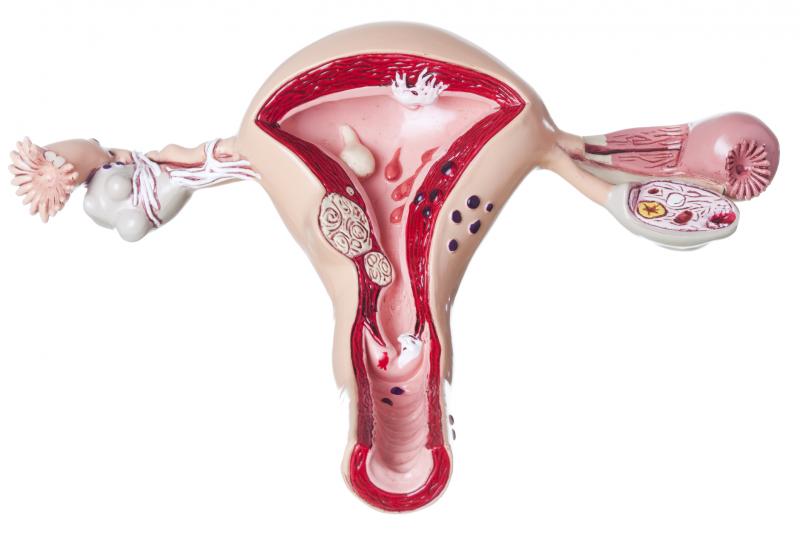 What Is Amebic Vaginitis

Amebic vaginitis is mostly secondary to intestinal infection. Amebic trophozoite in patients' stool is discharged with fecal mucus and directly spreads to vulva and vaginal opening.

What Is The Cause Of Amoebic Vaginitis

Under healthy conditions, the disease generally does not occur, but if the general condition is poor, especially when the vulva and vagina are damaged and the local resistance is reduced, the amoeba trophozoites can take advantage of it and grow and reproduce, causing amoeba vaginitis.

The formation of ulcer is the basic lesion of amoebic vaginitis. When amoeba invades the vaginal mucosa, with the activity of its pseudopodia and its secreted histolytic enzyme, the mucosal cells are necrotic, ulcer is formed, the edge is raised, and lymphocytes and a few plasma cells are infiltrated around the lesion. The ulcer surface is covered with yellow brown necrotic material, which contains dissolved cell fragments, mucus and amoeba trophozoites.

What Symptom Does Amebic Vaginitis Have

Vaginal secretions are serous or mucinous, from which large trophozoites can be found. When the vaginal mucosa is ulcerated and bleeding, the secretion can turn into purulent or bloody. Sometimes brittle ulcer can appear in cervix and vulva, and merge into large necrosis. Due to the serious reaction of connective tissue, some cases may present irregular tumor-like hyperplasia with hard quality and bloody mucus secretion on the ulcer surface, which is easy to be misdiagnosed as malignant tumor.

Because amoebic vaginitis is rare, it is sometimes ignored by clinicians, but according to the history of diarrhea or dysentery and related tests, a diagnosis can be made. The most reliable diagnosis is to find amoeba trophozoites from vaginal secretions and feces of patients. The entamoeba histolylica protozoa can be found by direct smear or culture, and the pathological examination of the lesions can be carried out. For cases of chronic vaginal ulcer with negative secretion examination, biopsy should be done.

How To Check Whether Suffer From Amoebic Vaginitis

The entamoeba histolylica protozoa can be found by direct smear or culture, and the pathological examination of the lesions can be carried out. For cases of chronic vaginal ulcer with negative secretion examination, biopsy should be done.

How To Prevent Amoebic Vaginitis

To prevent amoebic vaginitis, first of all, pay attention to personal hygiene and food hygiene, and wash hands before and after meals. Secondly, we should keep the vulva clean and prevent feces from polluting the vulva and vagina, so as to avoid contamination with amoeba trophozoites. Patients should pay attention to disinfection and isolation and prohibit sexual life. After the onset, timely diagnosis and treatment should be made.

How To Treat Amoebic Vaginitis

1. Emetini Hydrochloridium has the strongest killing effect on amoeba trophozoites, but its effect on cysts is uncertain and toxic, so it is forbidden for patients with cardiac and renal insufficiency, old and frail patients and pregnant women. The usual dose is 0.06g(1mg/kg) per day, which is injected into deep muscle for 6-9 days as a course of treatment, and repeated treatment should be carried out after 20-30 days.

4. Functus Bruceae is effective for acute amoeba, and can also be used for chronic patients and carriers. Take 10-15 seeds of functus bruceae orally, 3 times a day, and 7 days is a course of treatment.

Local Treatment: The above drugs can be made into solution for vaginal irrigation, or made into powder and suppository to be put into vagina once a day, with a course of treatment of 7-10 days in total.

How To Differentiate Amoebic Vaginitis

The main clinical manifestations of trichomonal vaginitis are leukorrhagia and pruritus vulvae, which should be differentiated from the following diseases:

The symptoms of patients with leukorrhagia and pruritus vulvae are very similar to those of trichomonal vaginitis, but the leucorrhea is mostly curd or bean dregs, without foam, with white membrane attached to vaginal mucosa, and its lower mucosa is often red and swollen. Vaginal secretion examination can confirm diagnosis.

Due to vaginal injury, long-term uterine bleeding, pelvic inflammatory disease and other reasons. The main clinical symptoms were vaginal drop, burning sensation and pelvic discomfort. Staphylococci, Streptococcus, Escherichia coli and Proteus were found on vaginal secretion smear. Trichomonal vaginitis is caused by direct or indirect infection, and its main clinical manifestations are pruritus vulvae and discharge of a large number of foamy leucorrhea. Trichomonas can be found by smear examination of vaginal secretion.

3. Haemophilus vaginalis is often accompanied by menstrual changes. Vaginal secretions have stench, but no foam. Smear examination of secretion showed that a large number of Haemophilus concentrated on the surface of vaginal cells. Bacterial culture of secretion can be confirmed.

It is more common in elderly women and after artificial menopause. The vaginal wall is aged-like, with thin mucous membrane, less wrinkles and poor elasticity, which easily leads to bleeding when touched. Sometimes there are ulcers or adhesions. A large number of pus cells were found in secretion examination, and no Trichomonas vaginalis was found.

The patient had an itchy genital area, including around the anus; there were many vaginal secretions, pinworm eggs were seen on smear examination, and there was no obvious inflammatory reaction on the vaginal wall.

Children's vulva and vagina are itchy, they often scratch vulva or cry, and there are a lot of purulent secretions flowing out of vagina, which smells bad. Examination of vaginal vestibular congestion, clitoris redness, secretion smear examination or culture can find pathogens.

The edge of vaginal ulcer is irregular and rat bite-like, and there may be granular tuberculosis nodules at the bottom of the ulcer. Pathological sections are caseous necrosis without amoeba trophozoites, and granuloma formed by epithelioid cells and Langham's giant cells.

When amoebic vaginitis presents tumor-like hyperplasia, it should be differentiated from vaginal malignant tumor, and the diagnosis can be made by tissue biopsy.

What Are The Complications Of Amoebic Vaginitis

2. Intestinal Perforation: it is more common in fulminant type. The most common perforation sites were cecum, appendix and ascending colon. Acute perforation can cause diffuse peritonitis, which is serious. Chronic perforation causes adhesion of surrounding tissues and local abscess.

3. Appendicitis: The symptoms of amoebic appendicitis are similar to those of common appendicitis, and it is easy to form abscess. If there is a history of chronic diarrhea or amoebic dysentery, amoebic trophozoites or cysts can be found in feces, which is helpful for the differential diagnosis between them.

4. Non-Dysentery Colonic Lesions: It is caused by proliferative diseases, including amoebic tumor, intestinal amoebic granuloma and fibrous stenosis. Amoeba tumor is an inflammatory pseudotumor of the large intestine wall, with abdominal pain and stool habits changing the most, some of which are accompanied by intermittent dysentery, which can induce intussusception and intestinal obstruction. The main signs are: right iliac ammonites and movable, smooth goose oval or intestinal curved mass, with occupying lesions on X-ray, which has a good effect on anti-amoeba treatment.

Amoeba trophozoites can spread from intestinal tract through blood and lymph to distant organs, causing various extraintestinal complications, such as liver, lung, pleura, pericardium, brain, peritoneum and urogenital tract, and forming abscesses or ulcers, among which liver abscesses are the most common.