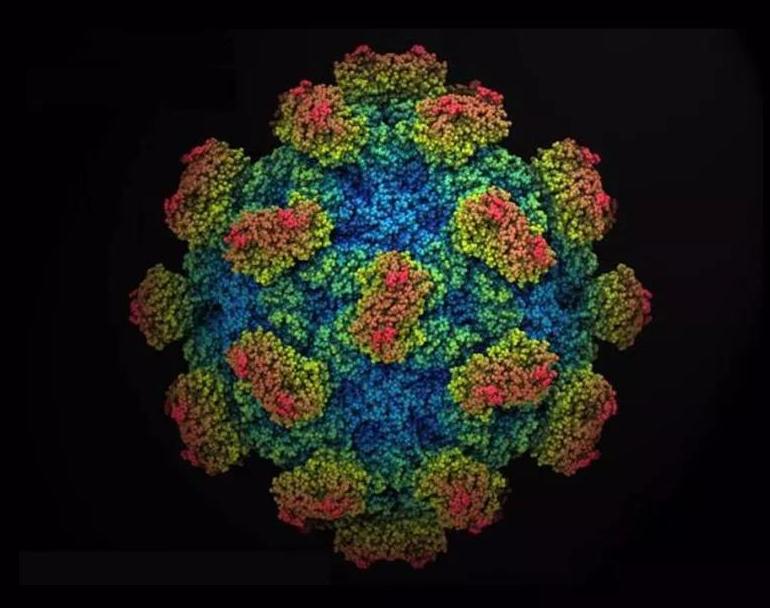 What Is Argentine Hemorrhagic Fever

What Is The Cause Of Argentine Hemorrhagic Fever

Junin virus and Machupo virus belong to the genus arenavirus, which is named after its sandy shape on ultrathin slices. Junin virus is RNA virus with a diameter of 60-280nm and an average of 110-130nm, which is spherical, oblate or diverse. There are 2-10 bat-like protrusions with a length of about 6nm on the outer membrane, and the toxic particles contain 2-10 sand-like particles with a diameter of 20-25nm. The virus is pathogenic to newborn mice and hamsters, so it can be used to isolate the virus. Machupo virus is similar to Junin virus in morphology and biological characteristics.

At present, it is considered that the direct damage of virus is the main one. Viremia is caused by replication and proliferation of virus after entering human body, which causes damage to capillary endothelial cells in the whole body, increases vascular permeability and fragility, and causes a series of clinical symptoms such as hemorrhage, edema and shock.

What Symptom Does Argentine Hemorrhagic Fever Have

The incubation period is 6-14 days. The onset is slow. In the first week of illness, discomfort gradually appeared, and the body temperature gradually increased. On the third day of illness, the temperature reached 39℃, with severe headache, lumbago, muscle joint pain, anorexia, nausea, vomiting and epigastric pain. Some patients had orbital pain, and also had constipation or diarrhea. After physical examination, the neck and upper chest were flushed, and the skin of upper chest, upper arm and armpit were marked with petechiae and ecchymosis, and the lymph nodes were moderately enlarged. Conjunctival congestion, periorbital edema, hyperemia of oropharyngeal mucosa, tiny petechiae, blisters of different sizes in soft palate, gingival congestion or bleeding. 1/5 cases showed special neurological symptoms on the 4th-6th disease day, including disorientation, intentional tremor of hands and tongue, moderate ataxia, skin hypersensitivity, tendon reflex and hypotonia. Female patients often have mild to moderate uterine bleeding, which can be the first symptom of Argentine hemorrhagic fever. A few patients had acute onset, which seemed to be acute abdomen and caused operation. At the end of the first week, with the rapid disappearance of fever, hypotension, oliguria and dehydration occurred, which gradually recovered after 48 hours. Severe patients may suffer from coma and shock, and a few die within 48-72 hours.

Hemogram: White blood cells and platelets decrease, and gradually recover after heat. There may be proteinuria and tubular type, but ESR is normal.

The second disease week: 70%-80% of the patients were relieved of the above symptoms and signs, but fatigue, alopecia and hypomnesis needed a recovery period of 1-3 months without sequelae. 20%-30% patients suffered from severe bleeding of stomach, intestine, nose, gums, uterus, etc., nervous system damage, disturbance of consciousness, ataxia, excitement and tremor, and even delirium, convulsion, coma, etc. may appear at the same time, resulting in death. In this stage, pneumonia, urethritis, septicemia and even gas gangrene often occur, but the increase of white blood cells is not obvious, so it is easy to delay the diagnosis.

2. Immunohistochemical methods such as immunofluorescence or PAP method can produce results within 1-3 days, which is beneficial to early diagnosis.

How To Check For Argentine Hemorrhagic Fever

1. Hemogram: White blood cells and platelets decrease, and gradually recover after heat. There may be proteinuria and tubular type, but ESR is normal.

2. Virus isolation: ① Take the patient's blood lymphoid tissue and inoculate it into mice and guinea pigs, and then carry out monolayer culture on the kidney cells of green monkey and golden hamster to isolate the virus. ② It is the most sensitive method to isolate the dove-ning virus by inoculating the peripheral blood mononuclear lymphocytes of patients suspected of Argentine hemorrhagic fever into Vero cell monolayer culture.

3. Immunohistochemical methods such as immunofluorescence or PAP method can produce results within 1-3 days, which is beneficial to early diagnosis.

How To Prevent Argentine Hemorrhagic Fever

Countries or regions should pay attention to entry quarantine to prevent import. In the epidemic areas, rat prevention and deratization are the main measures. Pay attention to personal hygiene and avoid getting infected. The application of vaccine is the main preventive measure for hemorrhagic fever in Argentina. There is no vaccine for Bolivian hemorrhagic fever.

How To Treat Argentine Hemorrhagic Fever

How To Identify Argentine Hemorrhagic Fever

What Are The Complications Of Argentine Hemorrhagic Fever

At present, there is no relevant data showing which diseases can be complicated by Argentine hemorrhagic fever.