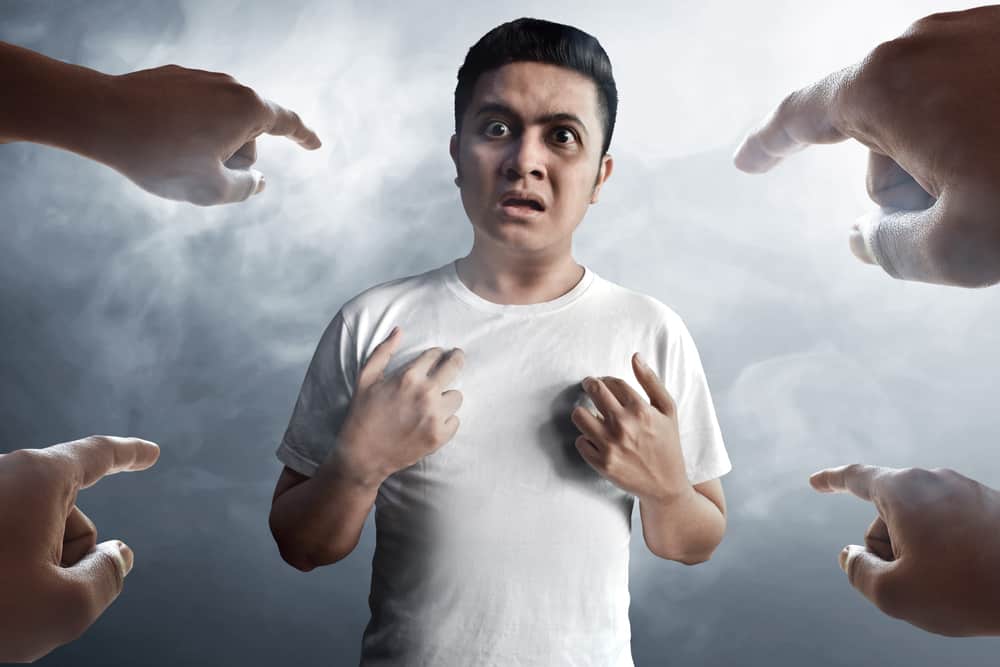 What Is The Cause Of The Delusional Disorder

Up to now, the medical profession still does not have sufficient information on delusional disorder, The disease may be related to the following reasons:

Genetic factors: If the members of the same family show suspicious, secret or jealous characteristics, the chance of getting sick is higher.

Organic lesions: head injuries, alcohol abuse and even aids are all associated with the onset of paranoia. Some people speculate that the direct cause may be the damage of temporal lobe or marginal zone of brain, or the overactivity of dopaminergic nerve.

Psychiatrist Freud thinks delusions are linked to homosexuality. Love for the same sex is forbidden, and then projected as paranoia and rebellion. Other psychoanalysts also emphasize homosexuality, narcissism, and projection.

The content of delusions is generally related to personal experience, social and cultural background. Sometimes it clearly reflects the content of real life. With the advancement of science, content such as religion, divine power, and ghosts has been significantly reduced, replaced by modern technological content such as bugs, lasers, and computers.

Sometimes some wrong ideas that normal people insist on, such as prejudice, superstition and misunderstanding, may be mistaken for delusions. In fact, these wrong ideas of normal people are mainly caused by thinking methods, cognitive level, environmental effects and personal emotional influences, lack of scientific knowledge and so on. With the mastery of knowledge and the accumulation of education and life experience, they can be corrected. Therefore, this is not a delusion.

Patients may think that they are in love with someone, or that another person is deeply in love with themselves.

Patients often assume that the other person fell in love with themselves first, but in fact there is little or no real contact between them. Although patients sometimes weave excuses for each other, they also get angry because they are rejected, and make some unusual actions, such as stalking, harassing, attacking, kidnapping, murder, which often breaks the law.

Delusion that oneself has supreme talent, insight, value, power, knowledge, identity, etc. Driven by such thoughts, patients will deliberately change their lifestyles to cater to delusions, becoming extravagant, arrogant, and fanatical. Arrogant delusions may have religious content, such as believing that they have special messages from gods.

This is a morbid thought that one's spouse or lover is unfaithful.

Patients don't take some methods (such as hiring private detectives or installing video cameras at home to take photos of their partners) to obtain evidence of cheating, but collect some trivial evidences (such as messy clothes, spotted sheets, etc.) to prove that their delusions are true through these wrong inferences. In most cases, these allegations are completely fictitious, but it is also possible that the spouse has had a history of cheating. They often question their spouses and try to prevent the imagined cheating from happening.

Believing that they are persecuted, deceived, followed, poisoned, slandered or conspired, patients tend to become extremely cautious and prepared everywhere. A little contempt may be magnified by the patient, taking this as the core for delusions, and often bringing related people into their own delusional world.

Patients insist that they have diseases, so they often seek medical treatment everywhere. Although the treatment is ineffective, they are still tenacious.

No delusional theme of any type is prominent, or the characteristics of several delusional types are mixed, so this classification is applicable.

The main content of delusions cannot be clearly defined or described by the above-mentioned specific types, such as relationship delusions.

How To Prevent Delusional Disorder

The incidence of delusions is about 3 cases per 10,000 people, but many cases have not yet been diagnosed, so the actual number should be more than that.

Women and men seem to have an equal chance of getting the disease, and the age range of onset is very wide.

Although most of the patients are unmarried, some were married before the onset of illness.

The character traits before the onset are mostly withdrawn and out of gregariousness.

How To Treat Delusional Disorder

Mainly with antipsychotic drugs. The treatment of paranoia mainly relies on drugs, but different types of paranoias should be treated in different ways. Antipsychotics are one of the preferred drugs. If the patient does not cooperate with treatment, consider using long-acting injections of antipsychotic drugs. If the patient's mood swings are large, including depression after psychosis, antidepressant drugs can be used.

First, a good therapeutic relationship needs to be established, and certain behaviors can be changed by giving patients support. In addition, patients should avoid excessive stress, which often affects the intensity of delusions in stressful situations. Teaching appropriate adaptation skills based on the situation of the case, or cooperating with cognitive behavioral therapy, can reduce the individual's improper response to stress. If the patient agrees, their family members should be encouraged to participate in the treatment plan, which will help the treatment progress.

Cooperate with the above treatment.

Some patients get better right away, but some are more difficult to treat or even last a lifetime. Without proper treatment, most patients can still maintain a relatively normal social life, but there are also patients who cannot take care of themselves and are in serious condition.

The Difference Between Paranoia And Schizophrenia

Delusional disorder is one of the symptoms of schizophrenia. But it should be noted that if the occasional delusion phenomenon, does not mean that suffering from schizophrenia.

Delusional disorder patients have the basis of paranoid personality, delusion object and content is fixed, the structure is tight, has a tendency to systematize, emotional coordination, personality integrity, and the real schizophrenia patients do not have the above characteristics.

What Are The Complications Of Delusional Disorder

Paranoia is one of the symptoms of schizophrenia, and can develop into schizophrenia without effective psychological treatment and counseling.