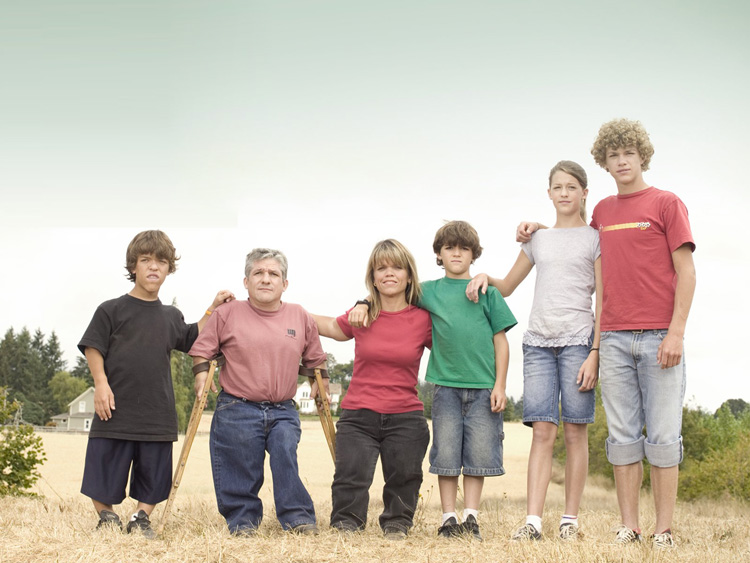 What Is The Dwarfism

As long as the height is lower than the average height of the same region, race, age and sex by two standard deviations, or lower than the 300th of the height curve of the crowd, it is generally said that the last three people of 100 such children line up from high to low, which is medically called short stature.

What Is The Cause Of Dwarfism

1. Lack of growth hormone or insufficient secretion leads to the abnormal growth of height. Without growth hormone replacement therapy, the final height can only reach about 130 cm.

3. 1/3 intrauterine growth retardation children are short in stature in adulthood.

What Are The Symptoms Of Dwarfism

Short stature refers to children whose height is lower than the average height of children of the same sex, age and race by two standard deviations (-2SD, standard line called SD), and whose annual growth rate is less than 5 cm. To put it simply, if parents find that their children are the shortest children of the same sex in the class, or their annual growth height is less than 5 cm, they should consider that their children may have growth disorders. Slow growth signals that children's growth and development are regular, and they grow fastest in adolescence. After puberty, when the bones mature and the epiphyseal line closes, the height will no longer grow, and no child can continue to grow taller by any means. Many parents can only regret for life because they missed the best time to treat their children. This requires parents to pay close attention to their children's growth and find out the signal that their children are growing slowly in time:

How To Check For Dwarfism

Combined with the height, medical history and physical examination results of suspected patients.

How To Prevent Dwarfism

1. Delayed physical youth development: This situation is more common for boys than girls, that is to say, the height at birth is normal, and the growth rate slows down at the age of 1-2 years, and it is normal again after about 3 years old. Old age and bone age lag behind normal for 2-3 years, youth development lags behind for more than 2 years, boys can be as late as 16-18 years old, girls can be as late as 14-16 years old, and height often reaches normal until about 20 years old, but it often shows normal low value, which has genetic tendency and does not need special treatment, so it is advisable to follow up the growth rate. Some children grow faster after applying growth hormone, which indicates that there is slight pituitary hypofunction, but it is not helpful for the final height growth.

2. Children with familial short stature have normal growth speed and normal bone age, short stature is not serious, and there is no delay in youth development, but their parents are short in height, which belongs to familial hereditary short stature.

3. Low-birth-weight babies grow slowly: these babies are born at full term but weigh less than 2500 grams, which is also called full-term babies. They have no family history of short stature and no endocrine abnormalities. Their growth rate is within the normal low value range, and their bone age is normal or backward. Their growth hormone stimulation test is normal, but there are changes in the rhythm of growth hormone secretion.

4. Systemic diseases or nutritional deficiencies such as severe malnutrition, chronic heart, liver and kidney diseases, chronic diarrhea in infancy, etc. This kind of baby's short stature is not serious, and the growth hormone is not low in endocrine examination. After adjusting nutrition and treating diseases, the height and bone age will have the opportunity to enter the normal range.

6. Pituitary dwarfism: This is caused by the lack of growth hormone. The ratio of men and women suffering from pituitary dwarfism is about 3: 1. When they are 2-4 years old, they will find obvious growth backwardness, and the growth rate is less than 4 cm every year. However, the limbs of such babies are relatively well-proportioned, but the face is childish and the abdominal fat accumulates, which is a typical manifestation of this disease. In addition, the delay in bone age is often consistent with the advanced age, with delayed teething and tooth replacement and normal intelligence. Growth hormone deficiency can also be secondary to congenital malformation, trauma, craniocerebral infection, tumor, after radiotherapy of skull, and so on.

Children with true precocious puberty start to be taller than children of the same age, but they are short in adulthood due to early bone marrow closure.

How To Treat Dwarfism

Solution After definite diagnosis, the sick baby should directly turn to specialist outpatient treatment. After eliminating various diseases, for normal children and simple short babies, the main things are:

1. Regular physical examination. Observe the growth rate of height once every 3 months within 1 year old, follow-up once every 6 months after 1 year old, after 2 years old, the baby whose annual height growth rate is greater than 5 cm can rule out short stature. Bone age is reviewed once a year.

2. Adopt correct maintenance methods. Parents should pay special attention to the following points when maintaining simple short babies, such as ensuring adequate sleep, strengthening physical exercise and outdoor sunshine, etc., to promote their growth. At the same time, special attention should be paid to the balanced nutrition, but you should not give your baby a lot of tonic products because it may contain hormones, which may stimulate children to mature early and cause short stature.

How To Identify Dwarfism

2. The size is asymmetrical and short. This kind of children's appearance is asymmetrical short, that is, the length of the trunk and limbs is not proportional, which is common in cartilage dysplasia, osteogenesis imperfecta and hypothyroidism.

3. Short stature with normal body shape and normal growth rate. These children are symmetrical short in appearance and grow at a normal rate every year, which is common in familial short stature.