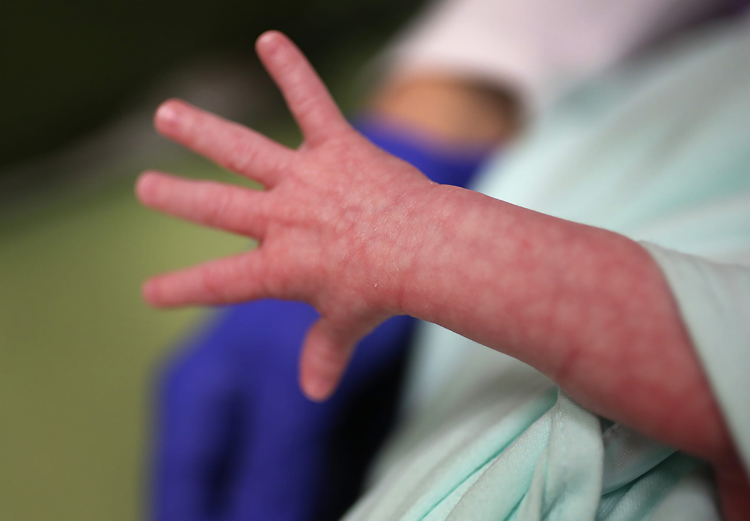 What Is The Livedo Reticularis?

What Is The Cause Of Livedo Reticularis?

There are many causes for marbled skin, including congenital, congenital, secondary, and idiopathic (the cause is unclear).

In the neonatal period, the physiological and congenital marbled skin is more common. Neonates and children can be secondary to some critical illnesses, such as severe infection, respiratory/circulatory failure, and early shock.

In adults, it is mostly caused by other secondary factors, and the physiological and idiopathic properties can also be seen.

What Symptom Does Marbled Skin Have?

What clinical expression does marbled skin have?

It is characterized by symmetrical reticular markings on the skin of the limbs and trunk.

What types of marbled skin? What are the characteristics of each type?

The main mechanism of marbled skin is spasm of vertical arterioles in dermis, causing dilation of capillaries and venules, slowing of blood flow, and hypoxia in blood vessels, resulting in bluish-purple network markings on the skin.

It is present in 50% of normal children and adults and is usually seen throughout infancy.

When it is cold, the skin will show temporary red and blue reticular markings, which mostly occur in the lower limbs and trunk. When the limbs are warm, the markings will disappear automatically and there is generally no conscious symptom. The reason for this reaction is not entirely clear.

Also known as congenital reticulocytosis, children usually develop skin lesions at birth or a few days after birth, presenting as purplish red or violet reticulocytosis due to persistent venous and capillary dilatation with marble-like characteristic changes in appearance that can be exacerbated by crying in children with hypothermia.

The skin lesions were unilateral, segmented or locally distributed, and most frequently occurred in the four limbs, followed by the trunk, face and head. The affected skin could atrophy or undergo secondary necrosis and ulcer, with rhomboidal scar left.

Most lesions gradually improve with age, and the lesions usually spontaneously fade or resolve within 2 years, but may remain unchanged for a long time in rare cases.

Namely, marble-like skin secondary to some pathological conditions. Secondary marbled skin in children, often referred to as "mottling" by physicians, is usually a skin change suggestive of a serious illness, such as severe infection, respiratory/circulatory failure, dehydration, and early shock.

If "mottling" occurs during your illness, you will need to see a doctor promptly.

Adults are mainly secondary to certain underlying conditions and the use of certain medications, and the rash is mostly patchy and asymmetrical. Such as intravascular obstruction or vascular wall relate diseases.

That is to say, the etiology is unknown, and it mainly occurs in young and middle-aged women. The disease is mild and harmless, and it can be combined with physiological reticular cyanosis. The rash often occurs in the age of 30–40 years old. It starts when it gets cold, lasts for a short time, and then is persistent. The skin has stabbing pain and numbness, and the disease can develop continuously or continuously.

Ulcers can occur in more severe cases. Ulcers often occur in winter, but also can suddenly occur in summer, is located in the calf around the ankle and foot back, irregular shape, 1 ~ 5 mm in diameter, different shades, at the same time with ecchymosis hemorrhagic papules, blood blisters and subcutaneous nodules, ulcer healing is slow, after healing can leave a white atrophic scar.

How To Check For Marbled Skin?

Marble skin needs to go to a dermatologist or pediatric department.

For physiological marbled skin, the markings automatically disappear when the limbs are warm, but for congenital marbled skin, skin abnormalities usually do not fade with rewarming, and show relatively thick vascular texture, which is different from physiology.

How To Treat Marbled Skin?

Physiologic and uncomplicated idiopathic marbled skin should be protected from cold and kept warm without active treatment. Does not affect daily life and diet.

Congenital telangiectatic marbled skin is also not specifically treated, and most lesions gradually improve with age, with the lesions usually spontaneously fading or resolving within 2 years, but may remain unchanged for a long period of time in rare cases. The accompanying deformity symptoms can be dealt with accordingly.

In severe cases including ulcers, long-term anticoagulation, anti-fibrinolysis and thrombolysis are helpful.

If the symptoms of marble skin suddenly appear during the childhood illness, which is not caused by the cold, or accompanied by mental and reaction abnormalities, you need to visit the hospital in time.

What abnormal diseases can marbled skin be found in?

Marble skin in children is physiologically and congenital and can appear during illness to be suggestive of a serious condition.

Other related abnormalities have also been reported in 27% to 80% of cases, including capillary malformations, asymmetry of the body and limbs, glaucoma (especially in the presence of facial involvement), congenital local cutaneous hypoplasia, cleft palate or other malformations, and migraine.

Secondary causes such as intravascular obstruction and vascular wall disease: