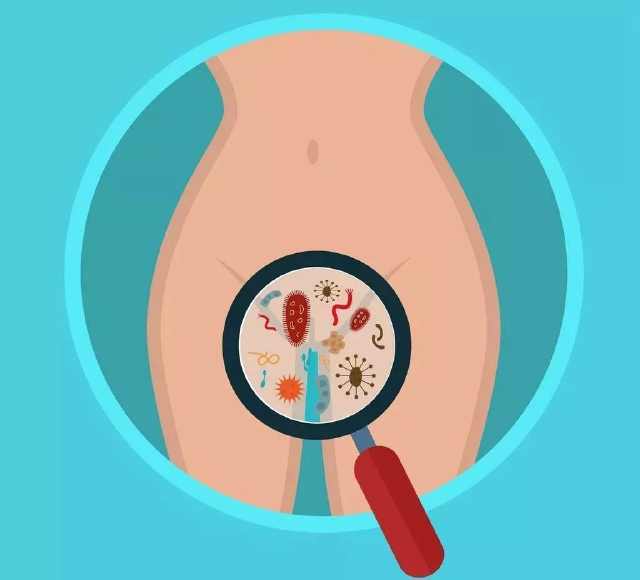 Under normal circumstances, the vaginal discharge is acidic (the mucus in the cervical canal is alkaline), thus inhibiting the activity, reproduction and upward movement of pathogenic bacteria. Inflammation is generally not easy to occur. When the pH of vaginal discharge changes or special pathogens invade, it can cause inflammatory reactions.

What Is The Cause Of Vulvitis

Vaginal secretions increased flow to the vulva to stimulate it, vulva by menstruation or menstrual pads, underwear and other stimulation.

The common pathogenic bacteria are staphylococcus, streptococcus and escherichia coli.

What Symptom Does Vulvitis Have

The common symptoms of vulvitis are pruritus, burning sensation and pain of vulva skin, which are aggravated after activities, sexual intercourse and urination. In the acute phase, vulva is usually red, swollen, bloodshot and scratched. In the case of chronic inflammation, the vulva is usually painful and itchy, dehiscences and lichenification. Some patients had swelling, congestion, erosion and sheets of eczema on the inside of the labia minora.

How To Check For Vulvitis

How To Prevent Vulvitis

This disease is easy to spread and relapse after treatment, so we must pay attention to prevention.

How To Treat Vulvitis

Before treatment, it is necessary to pay attention to the vulva clean, develop good personal hygiene habits.

The vulva was bathed in 1:5000 potassium permanganate solution twice a day, and then coated with antibiotic ointment. Patients with fever and leukocytosis can take antibiotics orally or intramuscularly.

This article is for reference only. You need to go to the hospital to consult a doctor and get a treatment plan that suits you.

How To Differentiate Vulvitis

The common vulvitis in women mainly includes the following:

Inattention to hygiene in daily life will create conditions for the growth and reproduction of bacteria in the external genitalia. Because this vulvitis is not caused by specific pathogens, it is mostly a mixed infection of staphylococcus, streptococcus, and Escherichia coli, so it is called non-specific vulvitis.

Vulvitis, caused by infection with a class of yeasts, often coexists with mycotic vaginitis.

A variety of miscellaneous bacteria grow in the vagina 15 days after the newborn is born. In addition, due to immature external reproductive organs of infants and young children, the ability to resist bacterial infection is poor, coupled with its vulva is easily soaked in urine, feces pollution, children love to sit anywhere, these are the causes of easy infection, can cause infant vulvitis.

It is more common among women of childbearing age. Is because the vestibular gland is staphylococcus, streptococcus, escherichia coli and other bacterial infection caused by, cause acute inflammation.

Most of them are caused by vulvitis of various reasons, which is generally a manifestation in the process of vulvitis.

Inflammation often occurs in vulva during the onset of venereal diseases such as condyloma acuminatum, chancre, genital herpes and gonorrhea.

What Are The Complications Of Vulvitis

Vulvitis usually occurs simultaneously with pruritus vulvae and vaginitis. Sometimes it can cause a rise in body temperature.