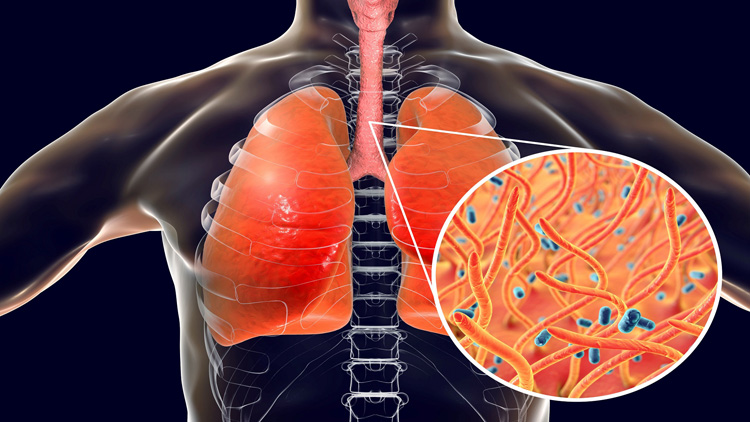 What Is The Whooping Cough (Pertussis)?

Pertussis is an acute respiratory infectious disease caused by Bordetella pertussis. Patients present with paroxysmal spasmodic cough with deep, long, chicken-like echoes, and the course of disease can last for several months, so it is called whooping cough.

Whooping cough is an infectious disease that occurs every 2 to 5 years in many countries or regions with a high mortality rate.

Pertussis occurs mainly in children under 15 years of age, especially in infants, with a high incidence and can develop serious complications, including slow weight gain, apnea, pneumonia, respiratory failure, seizures and death. In the absence of antimicrobial therapy, the child is infectious for much of the protracted course of the disease. In adolescents and adults, infection with B. pertussis may result in prolonged cough and occasionally serious complications.

However, with the popularity of vaccination, the incidence rate has decreased significantly. However, for countries with large population bases, the number of cases is still quite high.

What is pertussis recurrence?

Since the 1990s, in developed countries with high vaccine coverage, there has been a rebound in disease incidence after the disease incidence was controlled to a low level, which some scholars call whooping cough recurrence.

In the past five years, the incidence of whooping cough in many countries or regions began to rise. The reason for the increased incidence is not entirely clear and may be related to the use of experimental techniques such as PCR and serum PT–IgG antibody tests to confirm the diagnosis. A large number of reports have shown that the immune effect of cell-free pertussis vaccine plays an important role in the decline.

What Is The Cause Of Whooping Cough?

The cause of whooping cough is infection with Bordetella pertussis.

Yes, pertussis is a legal class b infectious disease in many countries.

The incubation period for Bordetella pertussis is 1 to 3 weeks, but most often 7 to 10 days, and all individuals infected with pertussis are infectious until completion of antibiotic therapy. It is mainly transmitted through respiratory droplets and can be transmitted through face-to-face talking, coughing and sneezing.

On the one hand, the success rate of vaccination is not 100%. On the other hand, because each person's immune state is different, the titer produced after vaccination is different. If the titer is low, it may be infected. However, after the vaccination, even if the disease, the symptoms are relatively mild.

It will. It is mainly found in unvaccinated and low-antibody adults. Many countries have included the whole-cell DPT combined vaccine in the planned immunization. Adults may not have received the vaccine before the implementation of the plan. Even the vaccinated people, the protective antibodies have declined.

What Are The Symptoms Of Whooping Cough?

What are the symptoms and manifestations of whooping cough?

Typical manifestations of whooping cough include paroxysmal cough, wheezing and post-cough vomiting. Typical findings are usually seen in unvaccinated children under 10 years of age with primary infection, but can also be seen in vaccinated children and adults.

The course of a typical whooping cough can be divided into three stages:

The severity of cough episodes increases. Characteristic paroxysmal cough: a long series of coughs with little or no inhalation, during which parents often suspect the baby will cough to suppress the past; The cough end is accompanied by a deep and long inhalation, which gives out a special, high-pitched cock-like inspiratory echo, like the cry of a crane, so it is also called crane cough.

This is repeated to produce a thick sputum. Children may experience post-cough vomiting or cough after breastfeeding, facial and vermilion stains, and dyspnea. In the interval between episodes, most children have no obvious symptoms and may have episodes of sweating. Paroxysmal cough can occur spontaneously or be induced by external stimuli and is more pronounced at night. Complications most often occur during this period.

Spasm cough period may last 2 ~ 8 weeks. The frequency of cough episodes increased gradually during the first 1 to 2 weeks and then remained unchanged for 2 to 3 weeks and then gradually decreased. It can also last for more than two months.

The frequency and severity of the cough gradually diminished, as did post-cough vomiting, which resolved over a period of weeks to months.

What are the atypical manifestations of whooping cough?

Cough due to whooping cough can be very severe, but only a very small percentage of children develop respiratory arrest and suffocation that require rescue.

When is the peak period of whooping cough?

Generally, the cough is most severe in the first to second weeks after the paroxysmal cough occurs.

Whooping cough can cause death, especially in small babies. Pertussis can also be associated with encephalopathy, and the outcome in these children is poor.

Whooping cough in young babies usually lasts for three to four months (about 100 days) or longer. Older children spend less time, but at least about a month.

Why children with pertussis are reluctant to eat?

Because eating often leads to cough episodes, children are afraid to eat after multiple stimuli, and they do not want to eat.

It will. Some children with pertussis cough decreases or even disappears after treatment and symptomatic treatment. If upper respiratory tract infection is combined during the recovery period, the child may have another paroxysmal cough or aggravation of the original paroxysmal cough.

What are the complications of whooping cough?

The most common complications of pertussis infection include apnea, pneumonia, and weight loss (secondary to feeding difficulties and post-cough vomiting).

Fever during whooping cough is rare or transient, and the presence of marked fever is often associated with other pathogenic infections.

How To Check For Whooping Cough?

Under what circumstances should a high degree of suspicion of whooping cough be required?

For children who cough for a long time, especially for those who cough for more than 2 weeks, the cough manifests as spasmodic and severe cough with inspiratory crow-like echo and post-cough vomiting. Therefore, the possibility of whooping cough should be highly suspected, and timely medical treatment should be sought.

How should whooping cough be diagnosed?

Pertussis can be diagnosed by asking questions about the history, observing the child's symptoms, performing a physical examination, and some routine blood tests.

The diagnosis can be confirmed by methods such as culture of Bordetella pertussis, detection of antibodies against pertussis, and PCR for pertussis, which require blood or throat secretions.

What is the clinical diagnostic criteria of pertussis in children?

How To Prevent Whooping Cough?

The following precautions against whooping cough:

How To Treat Whooping Cough?

Here are the treatments for whooping cough:

How long does whooping cough need to be isolated?

What should you do if your child eats very little?

Is installing gastric tube harmful to the child?

Is sputum aspiration harmful to children?

What Should Pertussis Patients Pay Attention To In Life?

Many children with whooping cough have severe cough causing vomiting and may be reluctant to eat. Feeding can be a small number of meals.